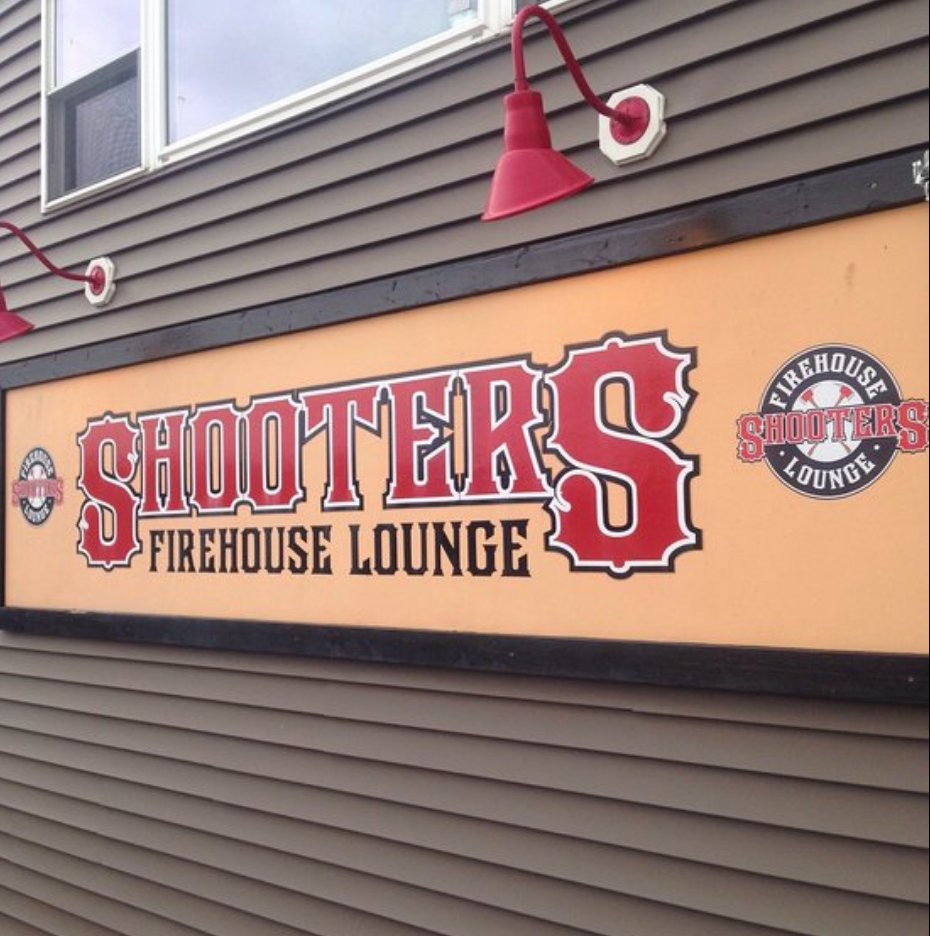 The community. Munising is a small city in Michigan. It has around 2,200 population. The people in the community are generally accommodating; hence, the surroundings can be said to be peaceful. The staff of the Shooters Firehouse Brewpub is also warm and welcoming. The peaceful surroundings and accommodating people earn two big thumbs up for this joint (besides, next to food and price we consider the serenity of a place in choosing where to hangout).

What other reviewers say. Here’s a compilation of what other people say about this place:

Since this is a brewpub, it would be better to have more barrels on display to give more appealing brewery set-up to its ambiance. Although their theme is more on a firehouse inspired environment, when customers see their beer dispensing directly from displayed barrel/ storage tanks, it makes them feel that they are really in a genuine and legit brewpub. It will also make the customers aware of the process of beer making, which can also be another attraction for the place—not all customers get the chance to see how their beverages are processed directly in front of them. In addition, the brewer can also showcase his/ her expertise in doing his/ her craft. This will be a win-win situation for both customers and the brewpub. This can be one of the reasons why people would like to visit the place.

So that the firehouse-inspired ambiance will be maintained, it would also be wonderful if they can introduce make-believe activities of firefighters. This will give the customers a better understanding of the heroic tasks of the firefighters. For example, they can conduct firefighting challenge to ordinary citizens or those who do not have professional training on firefighting. And since they are close to the Munising Fire Department, they can tie up with them in the conduct of this activity. This will as well indirectly be a way of training the people to become firefighters themselves. Who knows, accidents can happen anytime. This activity can be done annually; maybe a part of the Grand Marais/ Summer events of the locality. Fireman’s pole slide can be another activity.

Finally, the management of Shooters Firehouse Brewpub needs to upgrade their menu. Although they are mainly a brewpub, they may also include desserts on their menu. They can innovate new cakes, ice creams or cold drinks that feature their own crafted beer as one of the ingredients. Moreover, they can expand their menu with more meals to accommodate a wider range of customers—from children to senior citizens—because having more choices means catering to the different tastes of people. 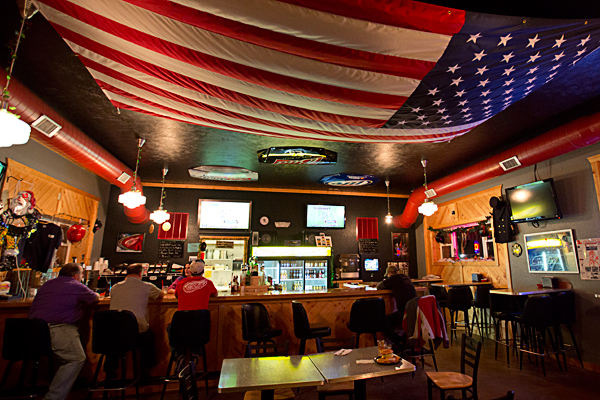 The Specialty of the House

Originally, Donna Kolbus opened the restaurant in downtown Munising in 1995 and moved it to the present location in 2009 (next door to the Credence Resource Management building). When Brewer Wes Daniels converted a car wash into a brewery in 2011, he started creating his own recipes. Soon the restaurant of Kolbus, who is a member of a fourth-generation firefighting family, and the brewery of Daniels merged and they came up with the idea of putting up the Shooters Firehouse Brewpub—the place was made to honor the firefighters in the area. That was the birth of the Shooters Firehouse Brewpub which now produces their own craft beer since their opening in 2013.

It is the only brewery house in the locality that offers freshly brewed beers on-site. It introduced the Upper Peninsula beer to locals and visitors who frequented this place. The beverages of this brewpub get better in time. They have a wide selection of fruit-infused wheats, pales, IPA, cream ales, smoked brews, porters and stouts. The names in their list, too, are intriguing and they evolve over time as a sign of their continued effort to make their craft better: Back Country Blue, Spray Falls, I’d Cry Over Spilt Milk Stout, SISUFIS; their new Upper Peninsula Brews include, Pick Axe Blonde, Two Hearted, Light Upper Hand, Widow Maker Black, Blueberry Muffin Bombs, Polar Bear, Foxy Lady, Adult Rootbeer Float, Black Tortuga Nights, Morgan Monster, Mike’s Hard, Glacier Berry, among others. They offer “Shot of the Day” for $2 per small glass of a featured beverage. Some, though, claimed that it is not worth it because the glass is too small for $2, pricey.

Their “Chief’s Locker” boasts of their signature bottled and canned beers that attract customers because of the wide array of choices. Customers can enjoy drinking these while dining in or while relaxing in the comfort of their own niche.

In summer months, patrons can take pleasure in watching the staff cook their order in the wood-fired – pizza oven located in the patio. On regular days, they feature baked to order wood fire pizzas every Thursday to Saturday starting at 5 pm. Their pizzas may be small in size for some, but they serve their very own recipes of pizzas that will surprise you, like their Savory Blue Berry pizza which is made up of mozzarella cheese, ham, bacon, onion, blueberries topped with blue cheese and fresh basil. Their pizza selection includes Pizza Margherita, Chicken Alfredo, Chicken Cordon Bleu, and Chicken Pesto.

A must-try in your visit here is their signature dish of Upper Peninsula pasty which is a native specialty in Michigan. It is a traditional meat pie that originated in England. It is a hand pie usually filled with meat, potatoes, onions, rutabaga and carrots. Nacho mountain is another intriguing name on the list. It is a heap of nachos topped with diced tomatoes and onions, ground beef cooked with their secret ingredients, olives and a selection of cheese sauce and/or salsa. Other selections in their menu are home-made soup for starter; salads, choose from their Chicken BLT (bacon, lettuce, tomato) or Taco Salad; sandwiches and burgers that include 1/3 pound Beef Burger, Black Bean Burger, Chicken Tender (a choice of basket or sandwich), BLT Croissant or Wrap, Chicken Salad on a Croissant; for their Toasted Ciabatta or Wraps selection, Italian, Club, Beef Burger or Black Bean Burger. Burgers and sandwiches are served with potato chips and their very own home-made coleslaw salad. The food selection is great for kids, too. (But kids can only be accommodated before 7 pm.) The prices of foods are reasonable enough.

Located in Munising, a city found on the southern shore of Lake Superior, Upper Peninsula of Michigan, 49862, USA, Shooters Firehouse Brewpub stands across the Munising Fire Department. From the name, itself, Shooters Firehouse Brewpub was built to pay tribute to the heroic firefighters in the area. Specifically, it is based at 408 Mill St., Munising, MI. It can accommodate a good number of vehicles, so parking will never be a problem with your visit. They are open for dine-in and take away from Monday to Thursday from 12 nn. to 10 pm; Friday, from 12 nn to 2:30 am; and, Saturday, from 1 pm to 2:30 am. They are not open for business on Sundays. Their business hours may change due to the Corona Virus situation that is affecting everyone’s way of living at the moment.

The owners, being a family of firefighters, designed the area with a firehouse-themed atmosphere for locals and tourists to enjoy and unwind together. The displayed memorabilia—framed decorations, firetruck toys, miniature firefighters, real-life firefighting gears and equipment such as firehose, boots, gloves, fireman’s outfit, etc.—will give you a firehouse experience. Their signature wall or “Firefighter’s Wall of Fame”, as they call it, evokes more feeling of homage to firefighters. During fair weather, you can enjoy outdoor dining with their tents up in the fenced outdoor area and the patio. The smoking area is also situated outside the brewpub. The area is neat and clean and provides a wholesome atmosphere for family bonding and get-together with friends. They feature live band music on Friday and Saturday evenings where patrons can enjoy and sing along with live music, a go-to place for music lovers. In addition, during evenings with no bands, they have a jukebox for those who would like to warm-up their vocal cords.

For those who are looking for a place to gather their friends and family, Shooters Firehouse Brewpub have a private loft or balcony area which can be reserved for private functions, parties or gatherings. If the loft is not enough for your friends, family and guests, they also have an enclosed outdoor area where you can set-up your celebration on fine weather days. The flexibility of the place gives more choices for costumers to be creative with their party ideas.